Great show. Didn't like the venue- that's the TL:DR of it.
While I saw Swiz many many years ago, and never saw Dag Nasty (though I tried) nor Bluetip, I feel like it is somewhat made up by seeing Red Hare. Not exactly, 100% my "thing", nevertheless, good enough that I liked seeing them 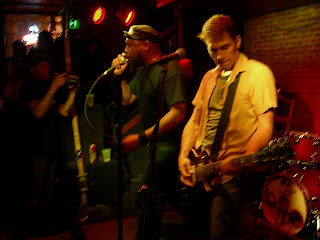 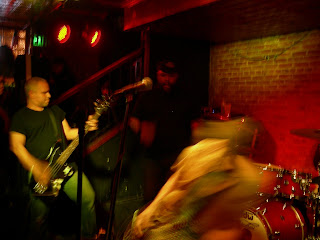 But I was really there to see Coliseum. Their last three releases have all been stellar- House with a Curse, Parasites, and now Sister Faith. They were a good thrash band- No Salvation I like in particular, but I think the thrash is better with Ryan's other band(s) Black Cross/ Black God, but they're an absolute monster of a post Hardcore band. Up there with Jawbox, Quicksand, and the Refused. So, unlike the majority of the audience who started the show by asking for the older, thrashy stuff, and ended the show by demanding it, I was there to see what Coliseum do best. I got my wish a lot more than the spillover Metalheads got ( I call them that because a goodly percentage were refuges from the Maryland Deathfest metal festival a block or so away. I think Ryan recognized that, as well. He said something I found pretty apt- Death, real death, is all around us. While I wouldn't say I struggle with it- I'm pretty reconciled to the fact that life ends- I cannot say that I like the name "Deathfest", either. I also think it's a bit of poor timing to have "Deathfest" during Memorial day weekend. Too many of these yahoos' peers have been maimed and killed in stupid wars to let that go unsaid) but I heard most of what I came for- Lost in Groningen (I'm Dutch, so, of course) Perimeter Man, Skeleton Smile, Blind in One Eye, Sister Faith, Love Under Will, Black Magic Punks, Waiting, Fuzzbang, and Doing Time. The only two I didn't get were Bad Will, and Used Blood. That's ok, maybe next time. I did ask Ryan, directly, for Used Blood- I think he didn't play it for the same reason they didn't play Bad Will- he was in a good mood, playing a show with friends, and trying to have a good night.
Anyway, pictures say it for me: 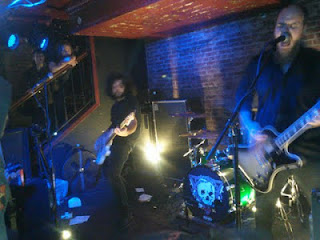 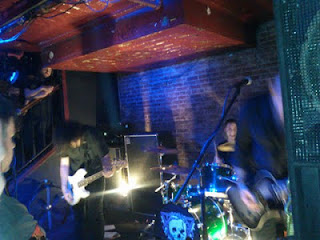 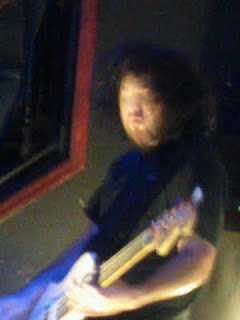 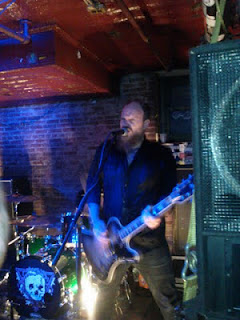 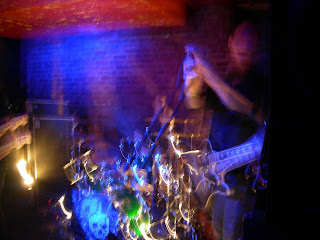 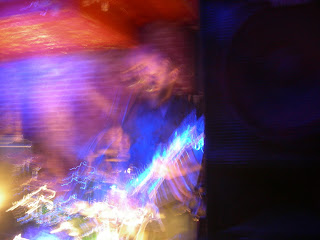 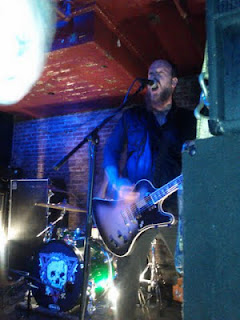