Continuing with my week of shows I saw Baroness tonight. I know that they occupy an odd space, right now. Musically, they are transitioning from a Sludge metal Stoner Rock kind of band to a more psychedelic rock band. Compound that with the forced hiatus after their by-now famous accident, and the subsequent loss of half the band, and they're in an odd place, indeed. I find the best way to resolve this is to lump them in with Coliseum, Kylesa, Torche and others who are creating strange hybrids of hard rock. Whether it be Coliseum's post-post hardcore, where part of the "post" is mixing Stoner/sludge riffs with early 1990's angularity, or Kylesa's grunge/doom version of slacker indie rock- the point is that there's this loose collection of bands out there, right now for whom the rules of genre do not seem to apply.
As for the accident, and having to reconstitute the band, on the first part- so long as John and Peter are there to play those interlocking guitar parts and vocal harmonies, the accident is just a personal matter- the art is still there. As for the second part, John said it from the stage- there were no auditions- they just picked up two other of their friends- friends who already knew the songs. ( and having Sebastian from Trans Am can only help!)
So what was the concert like? There was the backdrop of John's creation- when I spoke to John, the first thing I said is that he's one of my favorite artists- not just musician- I think he creates beautiful Art with both his painting and his music. Then, there was music. No smoke, no dramatic light, not video projections. Everything comes down to the no-bullshit premise of four guys playing their hearts out.  Yes, they play jaw-droppingly beautiful music, and they project nothing but sheer passion for the music- passion in the sense of both joy and angst. They are also some of the most capable musicians going.People throw around words like Virtuoso way too often- these guys really are. Seriously, if you are a musician, yourself, you need to check them out, immediately. They're just stunningly good- in all the right ways, and in all the ways that recordings just don't do justice. Go and see them. Soon. As for the rest? Here's the Photos: 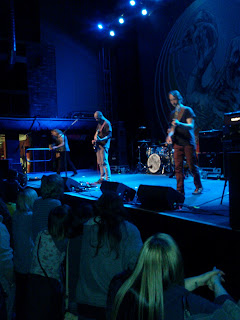 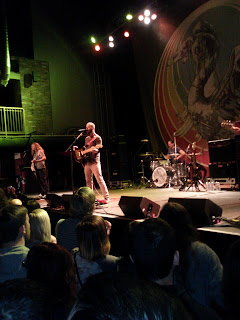 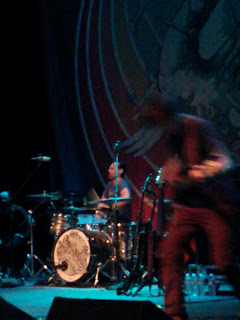 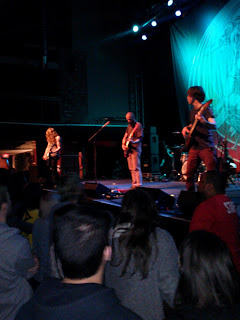 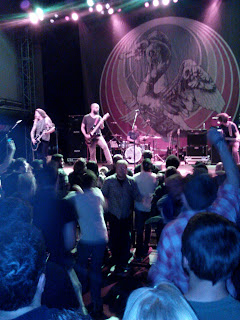 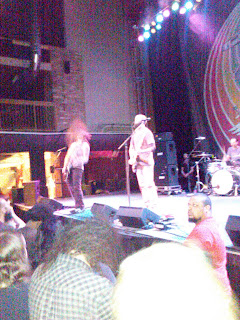 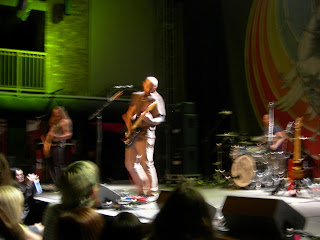 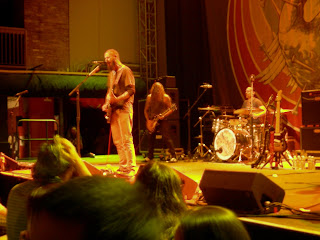 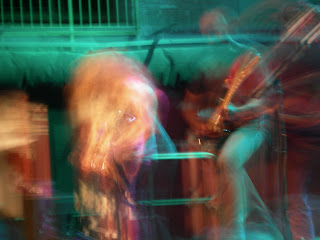 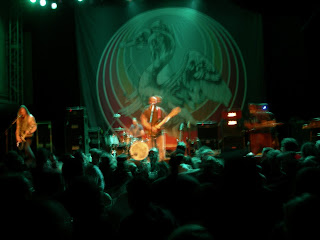 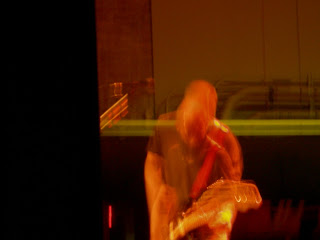 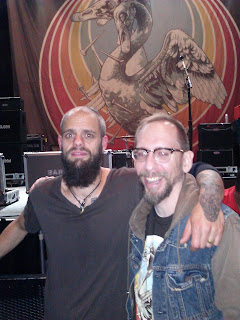